We present the wooden ship model of the HMS Endeavour at 1:65 scale, the vessel of Captain James Cook from the 18th century for his adventure towards the discovery of Australia. The new modeling kit of the research vessel, formerly a colliery, has highest quality parts.

HISTORY OF THE SHIP HMS ENDEAVOUR TO BUILD ITS WOODEN MODEL

Assemble the wooden model of the British ship HMS Endeavour, initially coal ship and later converted to carry out long expeditions of Captain James Cook across the great South Sea. Now it is know as a bark.

Launched in 1764 and chosen by the aforementioned sailor four years later to prepare for his historic voyage, HMS Endeavour was part of important discoveries. It discovered Australia and facilitated the location of Tahiti, New Zealand and many islands in the Pacific Ocean, as well as animal and plant species previously unknown in Europe.

Likewise, all this adventure undertaken from the United Kingdom allowed the calculation of the position in longitude with great precision by means of mathematical formulas. In this sense, the contribution of James Cook's travels to navigation, seafaring and geographical exploration have an absolutely historical importance.

Now, the modeler has the fabulous and renewed wooden model to build of the HMS Endeavour. A must in any naval modeling collection!

Build the wooden ship model kit of Endeavour at 1:65 scale, an emblematic British boat of the 18th century maritime exploration. Its construction system using false keel and frames brings the assembly of your model closer to the construction of the real ship.

Renewed in 2021, we present one of the most desired Artesania Latina old ship models, and awaited by many of our modeling friends: the faithful replica in wood of the HMS Endeavour at 1:65 scale, the boat used by British captain James Cook sailing the South Seas.

The new model kit for the research ship, formerly a coaling ship, HMS Endeavour has been completely redesigned. Our 3D designers and modelers have followed all the available historical documentation of this fabulous boat letter by letter so that this miniature replica is as real and similar to the original ship. An arduous work that has concluded with an extraordinary result.

For the assembly of the 1:65 scale model of HMS Endeavour, you have extensive and precise step-by-step instructions with enlightening images on DVD format for computer (Windows and Mac) with more than 500 pages, as well as video tutorials. It also includes as a gift bonus the nominative base for displaying the scale model. Once built, the wooden model of the British ship HMS Endeavor measures 32.08'' (815 mm) length x 11.81'' (300 mm) width x 25.60'' (650 mm) height.

Illuminate the boat and the base thanks to the pre-installation of LED lights that the modelers have created! Led Lightning Set for Scale Models and DIY Projects for sale separately. Paint your scale model with the Paints Set for HMS Endeavour Ship Model. Give it even more realism with the Set of 14 Metal Figures and Accessories for Ship HMS Endeavour, for sale separately. 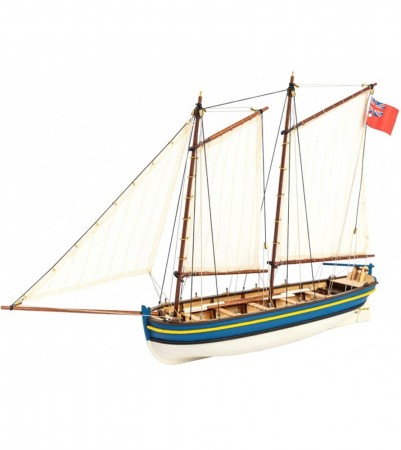 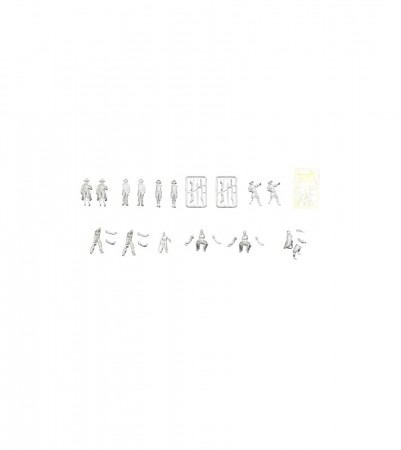